How to Know If I Have a Cold or Sinusitis? 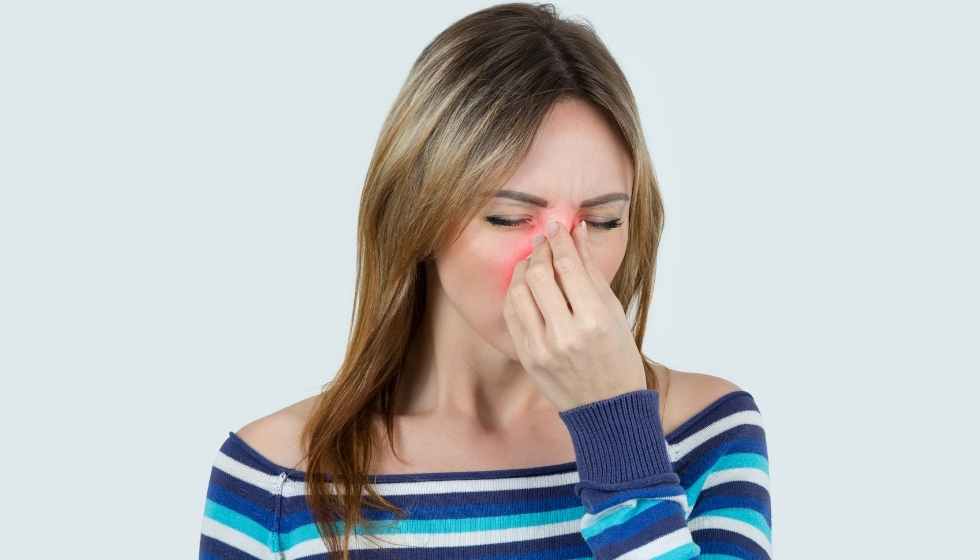 A cold can give a person a stuffy, runny nose and feel exhausted. These symptoms can also suggest a sinus infection, so what is it?

Symptoms often overlap, so recognizing each condition cannot be easy. Rhinitis is the term for a cold, while sinusitis is a sinus infection.

More than 100 different viruses cause a cold, a type of viral infection of the respiratory system. Colds spread when someone who has the virus coughs or sneezes virus-containing droplets into the air. They can also be applied when a person with a cold sneeze or touches a surface, leaving the virus behind to infect a new host.

The air-filled sacs behind the nose are called sinuses. Colds can cause sinus infections when the sinuses swell. Air, mucus, and bacteria can get trapped in the swollen sinuses and cause more infections.

The main difference between a cold and a sinus infection is the duration of the symptoms. Most people recover from a cold in 5 to 10 days. Sinusitis can stay in the body for four weeks or more than three months in people with a chronic case of the disease.

These symptoms usually peak in the first 3 to 5 days and gradually improve. Most people have no symptoms after ten days to 2 weeks.

Symptoms of a sinus infection can be more severe and can last four weeks or more. They include:

Sinusitis may go away without treatment, but it’s more likely to need medical intervention than a cold.

Symptoms of Sinus Infection in Children

As in adults, the sinus infection symptoms in children are easy to confuse with those of a cold.

Young children are most likely to have cold-like symptoms, including a stuffy nose with yellow-green discharge and a low-grade fever that persists beyond 10 to 14 days. They may also be more irritable than usual.

In addition to congestion, older children and teens may have:

If a child is still sick after 14 days, or if the temperature rises higher or continues for more than three days despite treatment with acetaminophen, they should see a pediatrician.

Often a sinus infection will get better without treatment. The following medicines can help people feel better while their body heals.

This medicine shrinks swollen blood vessels in the nose to make breathing easier. They come in pill or nasal spray form.

Should not use nasal sprays for more than three days in a row because repeated use can cause congestion to return. A doctor should monitor the use of decongestants in children.

Some medications lower fevers and relieve headaches and other uncomfortable effects of sinusitis, such as acetaminophen (Tylenol), aspirin, and ibuprofen (Motrin, Advil).

Avoid giving aspirin products to infants, children, and adolescents, as they increase the risk of Reye’s syndrome’s rare but severe condition.

These sprays reduce swelling in the nasal passages. Some steroid sprays are available without a prescription. Others require a prescription from a doctor.

In some people, steroid sprays may slightly improve congestion but are ineffective for everyone. Steroid sprays can also cause side effects, such as headaches and nosebleeds.

These medicines treat sinusitis that bacteria have caused. However a doctor may prescribe a course of antibiotics that lasts between 3 and 28 days, depending on the medication.

Always complete a course of antibiotics. Stopping antibiotics too soon can cause bacteria to become resistant to the effects of a future antibiotic and can interfere with recovery.

If symptoms of sinusitis remain after a few months, doctors may use surgery to open the sinuses or remove any growths that are causing a blockage.

These natural and home remedies may also help relieve symptoms:

Rest: Staying home and resting until you feel better will help your body fight the infection.

Fluids: Water, clear broth, and other fluids can help flush mucus from your system and prevent dehydration.

Nasal saline solution: A nasal spray made from a saltwater solution is a more natural method of clearing clogged nasal passages. It will help remove mucus, relieving congestion. Saline solution can sometimes be applied using a neti pot.

Humidifier: Running a cool-mist humidifier at night keeps your sinuses from drying out.

To avoid getting sick, stay away from anyone who appears to have an infection. Wash your hands often and avoid touching your eyes, nose, and mouth.

When to Call a Doctor

Whatever the cause, people should call a doctor if any of these symptoms develop:

Seek medical attention after a couple of weeks of sinus infection symptoms that are not improving or are getting worse.