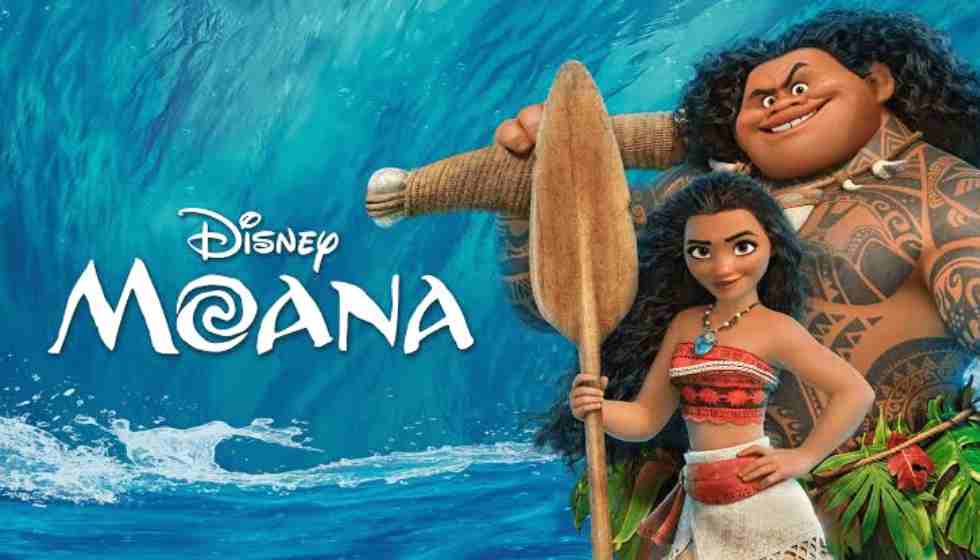 Moana 2 is an upcoming 3D animated adventurous movie called the sequel of (Moana) produced by Walt Disney, released in 2016.

From small kids to adults, everyone loved the movie Moana; without a doubt, indeed, everyone shows their love for the upcoming film Moana 2.

This Animated movie Moana rated 7.6/10 on IMDB, as this is an anime film sure many people don’t watch because some people don’t like anime, prefer to watch actual human acts on screen.

If you have not watched the Moana and searching for Moana 2, sure first you have to know the story, characters of the first part, then only you will understand the concept of the upcoming part-2 film.

You can see Maui’s character; it’s similarly created, same as Dwayne Johnson’s heavy body with tattoos on the body.

Fans of Disney and Anime viewers are waiting since 2016 for Moana 2 release date, and it’s been six years sill fans have not forgotten this film. This shows how everyone liked the characters and love Disney’s creativity.

Is there going to be a Moana 2? This is the only question everyone is asking to creators and commenting on the social media channels for the release date of the 3D Anime film.

Moana 2 Release Date is published on the Wikipedia page as it will be premiere in 2023.

There is no confirmation from official Disney+; maybe it’s an assumption release year or any leak of information from anyone. Let’s wait and see for the official update from the creators of Moana.

One of the Youtuber with a youtube channel (VJ4rawr2) created an animated video template and uploaded it with the tile (Moana 2 – Lost In New York Trailer (2022 Movie Trailer Parody), and he received views of (2,412,956). Yet, views continue; the YouTuber uploaded that Moana 2 video in march 2017.

If we search for Moana 2 on the internet or YouTube, we get to see many videos. Still, non of the video is related to the official update, and everyone is uploading only animated images and silly video content for views.

By seeing those views, we get to know how the craze of Moana is in cartoon/anime lovers. Many people are waiting for Moana 2 and the official release date.

Moana is represented as the strong-willed daughter of a chief of a Polynesian village. The ocean itself appoints her to reassemble mystical remains with the goddess Te Fiti.

When a blight strikes her island, Moana commences sail in search of Maui, a legendary demigod, in the hope of rendering the relic to Te Fiti and protecting her people.

Maui is the name of the Island, and it is the second-largest of the Hawaiian Islands.

In Polynesian belief, Maui was a great trickster god best recognized for performing the Pacific islands. A son of the god Tangaroa & a woman, he showed many acts to enhance the lives of humans, such as making the sky higher and the day lengthy.

The creators announce no Offical cast, but as we all know, the cast of Moana 2 will be the same as the first part; maybe it will add new characters to the cast.

In the first series, the cast was,

Many voices and characters are available in the film Moana. If we start writing all the names, this article will become very lengthy.

It’s not yet confirmed the cast of Moana 2, but the audience expects the same cast/characters in the upcoming sequel.

Direction Unit: This film is directed by Ron Clements and John Musker and co-directed by Don Hall and Chris Williams.

Not only Moana movies, but also there some Animated movies from Disney Walt productions like Disney Baymax, Disney Zootopia, and Disney Tiana.

Disney Baymax is well known for the anime movie Big Hero 6. The Series, this Big Hero 6 is a story of 14 years old techie boy Hiro Hamada; he joins the robot Baymax created by his brother Tadashi.

The Disney Zootopia series is Zootropolis, based on the cop, Judy Hopps, a rookie officer in the Zootopia Police Department.

Many of the viewers liked the songs of the movie Moana, well it’s an animated film even the songs and music is very lovable; that’s why viewers started showing love towards the songs of Moana.

We will list some of the famous songs from this movie:

The concept of this film is fantastic; the hard work from animation makers and dubbing voice artists, music all over the crew of Moana done their best job; that’s why the output is incredible.

The overall conclusion is Moana 2 is still in the making or may be done, and we have to wait for the official announcement from the makers of this sequel. To know the update, you have to check the official Twitter handle of @Disney.