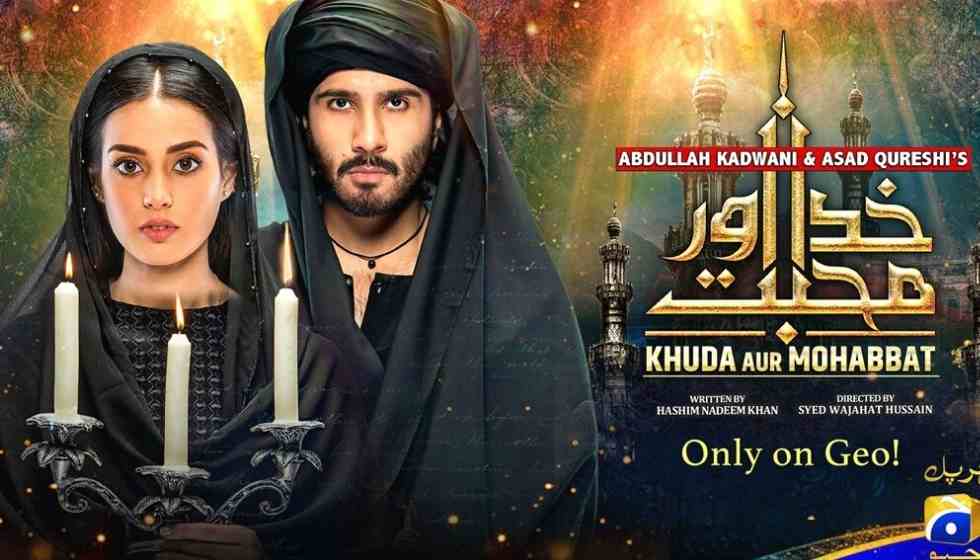 Khuda Aur Mohabbat Serial is a concept of Love and Family Drama, and this drama has shown how one rich girl and small-town guy love each other.

The two main characters of Khuda Aur Mohabbat 3 are Farhad and Mahi. This Pakistani serial is very dramatic, added with love, drama, emotion, murder, betrayal and much more.

If we start writing the whole story of this drama Khuda Aur Mohabbat this article will become lengthy; in short, we can describe some short tales of this Pakistani drama.

It starts with a friendship. Farhad and Mahi became friends at the wedding of Mahi’s best friend in Lahore. After some days, Farhad starts loving Mahi by seeing her cuteness and reliableness, but he does not tell Mahi.

One day, Mahi learns that Farhad loves her, and Mahi replies that she never thought Farhad might love her; she believes we both are friends.

Another character, Taimoor, is in Khuda Aur Mohabbat’s drama. Taimor and Mahi will soon get married as per the family choice; Farhad knows about Taimur. Farhad is heartbroken and unknowingly curses Mahi, saying she will never find peace and suffer every moment of life.

On the wedding day of Mahi and Taimoor, taimoor is shot dead by someone, Mahi is widowed on her wedding day, and both families are left devastated by this sudden tragedy.

Also, there are several primary roles in Khuda Aur Mohabbat drama, they are”

Khuda Aur Mohabbat Season 3 Cast done a great job. Everyone played excellent roles according to the script and story.

On Dailymotion, you can find the ShowBiz Entertainment channel, and other movies clips/videos. From there, you can watch all the episodes and seasons of Khuda Aur Mohabbat.

The song is sung by famous Pakistani singer Rahat Fateh Ali Khan; he has also sung many songs in Bollywood and many albums songs published on YouTube.

KAMS3, Khuda Aur Mohabbat Season 3 last episode premiered on Nov 2021. And it is the previous video uploaded on the Har Pal Geo youtube channel, which is the official channel.

If you want to download Khuda Aur Mohabbat seasons and episodes, you can download it from YouTube; you will download it by clicking the downloading option. Later, you can watch without an internet connection, as it saves in your YouTube downloaded videos.

If you want to download on your mobile or PC, not on youtube, here you also have an alternative option; there are many apps and sites are available on the internet from there you can search [YouTube videos Donwloader], from those apps you can download by copying video link.

But downloading from other sources is not good because published videos on youtube are other property and copyrights. You cant do this type of unauthorized thing.

It’s your responsibility to use any other platform to watch or to download Khuda Aur Mohabbat episodes. We recommend watching on official platforms like YouTube and Live on Har pal geo TV.